In his new creation Staging a Play: The Glass Menagerie, Matija Ferlin continues to mine the interzone between the abstracted dancing body and the conventions of the theatrical. Ferlin and his group of four dancers navigate a near impossible task where the theatre is reinvented anew through the potential of the body versus text. Space will provide the ground for the tensions between questioning theatrical conventions and the unfolding of new imaginations.

“Last year, while working on Franz Grillparzer’s play as a choreographer and stage movement advisor, I caught myself thinking: We read the text, we say the text. Does the written word always need to be performed through the spoken word when working on a play? Can the body find another apparatus within to articulate the spoken word? Can the secondary tool in conventional theatre become the primary? I should cast some dancers in a play to find out.”
Matija Ferlin

»The performance is based on the play The Glass Menagerie by Tennessee Williams. Presented by special arrangement with The University of the South, Sewanee, Tennessee, USA»

Thanks to: Marija Ferlin, Stolarski obrt »Orih«, Ivica Buljan, Mateja Koležnik, Marija Vorić and to all others helping in the realisation of this project

Despite some conceptual predicaments, Staging a Play presents a step further in the experimentation with movement; the dancers have pursued a detailed movement research for their creations and have thus opened up certain important questions for further consolidation of contemporary dance into the discourses of contemporary performing arts.
14.12.2015, MMC RTVSLO, Melanholija s potencialom: Staging a Play, Nenad Jelesijević

Each performer creates her/his choreographic structure, which is mostly improvised, that sheds light on the dramatic figure, at once refining and elevating the whole with her/his movement spectrum. It was fascinating to see how much originality was brought about by the new medium and how the The Glass Menagerie was related in a new movement idiom, composed from abstract dance tones of unspoken words that delineate Tennessee's play.
Matija Ferlin has tackled this canonical Tennessee's play boldly and creatively. We have to admire the ingenuity with which Ferlin and his creative team have translated the play into the corporeal idiom and how they staged it on the podium of dance theatre in an entirely novel way. Undoubtedly well worth seeing!
18.01.20116, Parada plesa, Steklena menažerija. Pogumno in ustvarjalno, Daliborka Podboj

The performance is a remarkably intelligent and (truly) playful rendering of a process semiotics calls “encoding”.  In the process of sign production, encoding of The Glass Menagerie in Staging a Play halts precisely where speech would start adopting (a very definite) meaning; where the signifier would obtain its edge for a relatively smooth process of decoding; where it would obtain its clearly defined signified. And since it is contained in this uncertain, undefined field, where pools of meaning and their presence never make it into a relatively readable law of representation, the performance situation opens up as a play of relief presences. This play of presences is at the same time also the object of the choreographic in this piece. Here everything has a body, an organism, and its functional relations. Not boring for a single moment.
07.04.2016, FB comment, Rok Vevar

Staging a Play: The Glass Menagerie turns out to be one of the things that I’ve wanted to see for *ages*. Namely, a performance of a play on which all the text has been muted/interpreted as contemporary dance. ...
... But then, with a dazzling change of pace, the scene between Jim and Laura comes out of a blackout and is genuinely lovely. Totally legible, almost fully acted, and just incredibly touching. Attention completely grabbed.
I think this set a new standard and blueprint for what “experimental theatre” can look and feel like (for me).
24.10.2016, Postcards from Gods, Staging a Play: The Glass Menagerie - SNG Maribor, Andrew Haydon

When Anja Bornšek bandaged her left ankle with a blue tape to mark the limping of Laura in Matija Ferlin's adaptation of Tennessee Williams's "Glasmenagerie", she refers indirectly to general strategies of transferring theater pieces into the contemporary dance canon. The shifting of characters is one of its central characteristics. Instead of exhibiting the special walking of Laura, Bornšek uses a visual signal. Instead of the speech act in the play, Ferlin relies on an abstract movement vocabulary, which the Croatian choreographer skillfully enriches with gestural and mimetic elements, thereby revealing the psychological implications inherent in the text in dazzling ambiguity. Its compelling scenic realization surpasses Anne Teresa de Keersmaeker's Shakespeare adaptation "Golden Hours", which hosted the “Steirische Herbst” 2015 in Graz. De Keersmaeker also experimented with the transfer of drama to dance. While her audience lost the focus on an empty stage space, Ferlin facilitated audience-access in a non-words-universe through a clear stage set-up. Mauricio Ferlin built a theater-in-the-theater situation, whose main action took place in an outline of a house, which reminds of the stage design of Lars von Trier's "Dogville". Ferlin and his ensemble won well-earned the Grand Prize of the jury of the 8th Gibanica Festival 2017 in Ljubljana with the non-verbal "Staging A Play: The Glass Menagerie". ...
12.03.2017, In German on tanznetz.de: http://tanznetz.de/…/neue-theatralitat-im-zeitgenossischen-…, GIBANICA 2017, Fresh theatricality in contemporary dance, About the Biennial Dance and Performance Festival Gibanica in Ljubljana (SLO), Author: Ingrid Türk-Chlapek

Justification:
We made our selection in a unanimous decision. This year's winner is a complex, multi-layer creation made with discipline and not afraid of the bizarre. The piece demonstrated a diverse and exciting movement vocabulary, great rigour and clear authorship which drew idiosyncratic and memorable performances from all of the dancers – a fantastic ensemble. A sophisticated design across lighting, set and music framed a work that is theatrical, choreographic and explores fantasy while very grounded in the real.
Jury: Kris Nelson, Alja Predan and Mateja Rebolj 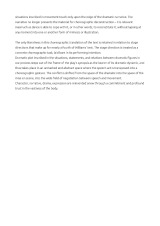 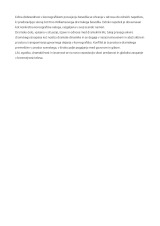 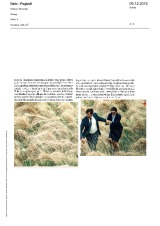 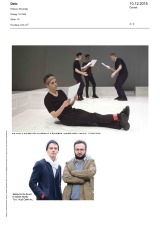 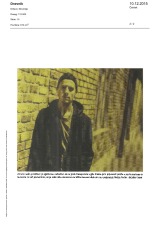 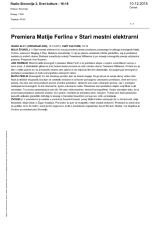 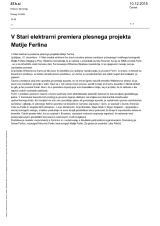 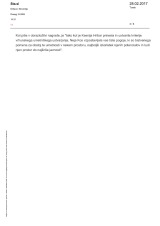 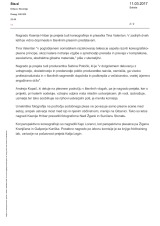 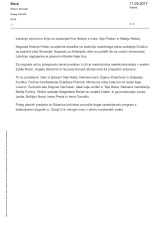 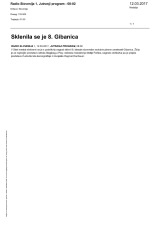 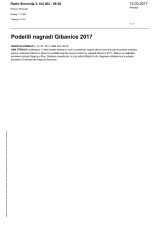 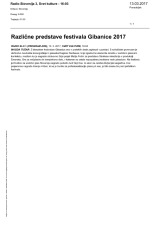 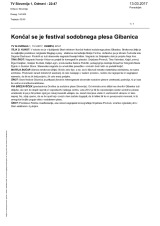 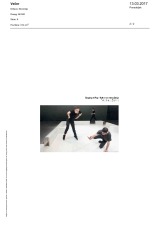 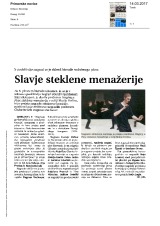 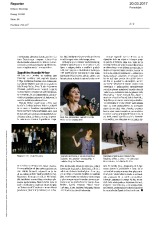 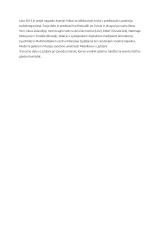 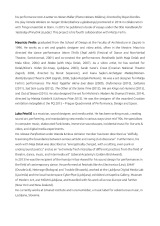 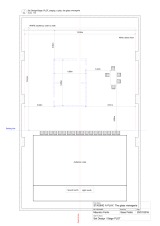