A journey into the resonant spaces of matter from the auditory and the seen into the felt.

To be in the rhythm of transiting, to seep into form and at the same time dissolve this form, while the sound and the bodies persist in experience and proximity.

Like water, stones are carriers of memory, substance memory. Deep sensing is free diving rather than diving with an oxygen tank; it evokes hyper condensed memory impressed into the hardness of particles.

Impressive interiors of cathedrals, monasteries, parliaments etc. have been made in the measure of heaven, not human beings. The emptiness in them is inhabited by different contents, ideological constructs, while its silence is almost completely muted by social paradigms, laws, the voices of the privileged, the elevated, the individualised, all frozen in time and space. Vertical illuminance exposes man for all to see, and places him in a relationship of vast, infinite versus small, confined.

Space is most strongly felt when it is given or taken away, or when there is a sense of being condensed in something we want to break away from.

Often, it is understood as an emptiness arising after a removal or a lack of something.

But at the other end, is space really emptiness, an antipode to matter, or can it be perceived as an always emerging form of presence between the particles occupying our awareness?

To feel the space – not only as something stable and self-evident, but as the originating as well as a liberating principle of that which is emerging.

Space as a para-thing, as a prototype of things, as prima materia, as potential for incessant emerging, bringing to life.

How to move the emptiness, how to comprehend – that which already is – pure potentiality, oscillating in the polarising point of contact, which was the space of our own embodiment? The space is breathing me and I am breathing space. In the first few hours of becoming-self, the being belongs entirely to the cosmos, it is an auto-poetic process, which takes place before the structure. First, we are a fluid space, which is not a mere absence of matter, but is always one step ahead of it. The pulsation and the lively proliferation in this miniature sea creates a caring gaze upon matter, allowing it to oscillate with other matter.

The clarity of the insight that space creates life is an invitation to listen to the messages coming from there.

After its initial emergence, the body remains to be an intricate interplay of matter and space. Life is a perpetual emerging and dissolving of matter, either corporeal, mental or emotional. Our inner space, which is never absolutely silent or hollow, can be turned entirely on the outside or on the inside. Fanning out, it can be precise to the point or even become a sensing membrane, lingering on the threshold of our interior space and the space surrounding us. Silence resonates differently in each individual; to separate the layers of our innermost space is perhaps even more difficult, because the sense of self keeps us together like glue. But still, by listening, we bring in the air, we layer substances, we nurture the space in search of another space to resonate with in space. 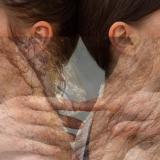 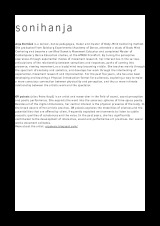 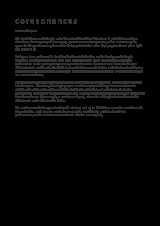 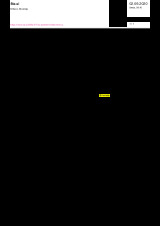 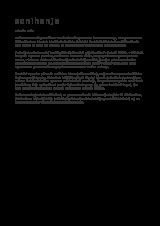 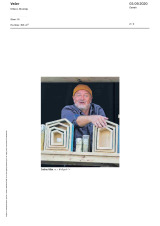