Volatile Bodies is one of the key contemporary works from the area of theory and conceptualisation of the body, as it shifts the concept of the body right into the centre of philosophical theories on the subject and subjectivity. Grosz proposes a new understanding of the body, corporeality, sexuality, and sexual difference by questioning and shifting the hierarchy of dualisms, such as body/mind, mental/physical, culture/nature, which commonly ignore the body or put it in a position of subordination.

Volatile Bodies demonstrates that the sexually specific body is socially constructed: biology or nature is inherently social and has no pure or natural “origin” outside of culture. The sexually specific body is the material of social and cultural organisation, a subject of endless rewriting and social inscription that constitute all sign systems. Elizabeth Grosz shows that Freudian and Lacanian theories discuss the body that is male. Thus Grosz turns to corporeal experiences unique to women: menstruation, pregnancy, childbirth, lactation, menopause. With this Grosz lays the grounds for new theories on sexed corporeality.

“This is a text of rare erudition and intellectual force. It will not only introduce feminists to an enriching set of theoretical perspectives but sets a high critical standard for feminist dialogues on the status of the body.” - Judith Butler

“The location of the author's investigations, the body itself rather than the sphere of subjective representations of self and of function in cultures, is wholly new.... I believe this work will be a landmark in future feminist thinking.” -  Alphonso Lingis

Elizabeth Grosz was born in Sydney, Australia and gained her PhD in Philosophy from the Department of General Philosophy, University of Sydney, where she taught as a lecturer and senior lecturer from 1978-1991. She moved to Monash University in Melbourne as Director of the newly formed Institute of Critical and Cultural Studies in 1992, where she was Associate Professor and Professor in Critical Theory and Philosophy at the Departments of Comparative Literature and Philosophy until 1998, when she moved to the States. She is the Julian Park Chair in Humanities at the State University of New York at Buffalo, at the Comparative Literature and English Departments, and the Honorary Professor of Women's and Gender Studies at Rutgers University. She has been a Visiting Professor at University of California in Santa Cruz, Davis, and Irvine, at Johns Hopkins University, the University of Richmond, George Washington University, and at the Princeton and Harvard Universities. She is the author of eight books, among other also Jacques Lacan: A Feminist Introduction (1990), The Nick of Time: Politics, Evolution and the Untimely (2004), and Chaos, Territory, Art: Deleuze and the Framing of the Earth (2008). 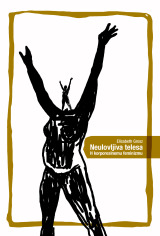 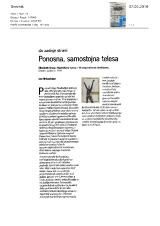 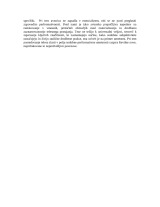