Dancing Modernism/Performing Politics is an important revision of the evolution of modern dance, discussing the often overlooked political dimension of modern dance. The work is distinguished by an interdisciplinary approach to analysing contemporary dance, in which its author, the American dance historian and theoretician Mark Franko, draws on different fields, such as performing arts studies, feminism, cultural theories, as well as contemporary dance studies in relation to gender, social class, and modernist politics and aesthetics. Besides a renewed critical analysis of the established icons and beginners of contemporary dance, such as Isadora Duncan, Martha Graham, and Merce Cunningham, the book puts on the dance history map also their less famous dance contemporaries, such as the futurist choreographer Valentine de Saint-Point, the American left-wing “revolutionary dancers” of the 1930s, and Douglas Dunn. In Dancing Modernism/Performing Politics Mark Franko thus researches primarily the phenomenon of the “modernism” of modern dance, but also revives the history, investigates the influence of political radicalism, and offers a reproduction of a fascinating core of dance criticism from the 1930s. Franko disagrees with earlier historical simplifications, arguing for a recognition of aesthetic integrity within the established history of modern dance.

“Mark Franko's research into how the aesthetics of formalistic approaches of modernism embraces the gap between emotion and expression is remarkable, of key importance (…) Franko's book is a fundamental and unique text for anyone trying to understand not only cultural but also political and social implications of modernism.” - Carol Martin, author of Dance Marathons: Performing Culture of the 1920s and 1930s.

Mark Franko is Associate Professor at the Theatre Arts Department at the University of California, Santa Cruz, and author of many books on the history of contemporary dance, among other The Dancing Body in Renaissance Choreography, Dance as Text: Ideologies of the Baroque Body, The Work of Dance: Labor, Movement, and Identity in the 1930's (Stanford University Press), and Excursion For Miracles: Paul Sanasardo, Donya Feuer, and Studio for Dance (1955-1964). He is also the co-editor of Acting on the Past: Historical Performance Across the Disciplines. His articles on dance and performance are published in different theoretical and art magazines, such as Discourse, PMLA, The Drama Review, Res: Anthropology and Aesthetics, Theatre Journal, and in numerous anthologies. Mark Franko is also a dancer, choreographer, and leader of the dance group NovAntiqua, which has been present in the international performing arts sphere since 1985. 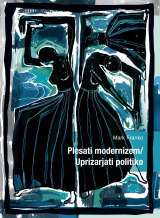 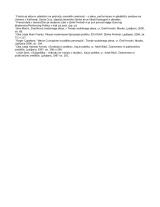 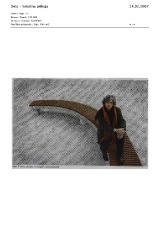 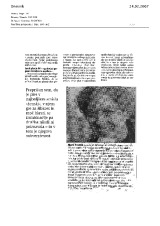