How to stage something as performative as shame? How to speak about that which eludes words? How to be communicative without shaming?

Shame speaks through many languages. The bodies, the sounds, the music, images, and words speak out at the same time. What they want to tell lies in the overlaps and gaps between individual languages. They speak about the subjects on stage and the subjects in front of it in a way that like the subjects evades an unambiguous signification: with stillness, delays, interruptions, twists, hesitations, duplications, echoes. We are never entirely or only here, we are always also somewhere else – where we can for a moment believe that we are someone else or dream to be. Sometimes we even act as us. We witness our own objectification when the body, controlled by its own subjection to the gaze, has to respond with that which deprives it of its voice.
(Tea Hvala)

Texts in the performance

Production: Emanat
Financially supported by: Ministry of Culture RS, Municipality of Ljubljana
In collaboration with: Via Negativa, Bunker, SMEEL

There is one moment in Maja Delak's Shame that, at least for me, completely overshadows everything else: a young woman, completely naked, wrapped up in a semitransparent piece of cloth, is climbing down the ladder, but something, anything is constantly in her way, making it impossible for her to take the most logical path. She ends up on the floor, exhausted and caught between the ladder, the sheet, hairdryer/microphone cables, an actual green bike and other stuff, I guess. The metaphor is ingenious – and performed brilliantly by Ingrid Berger Mhyre. There is something there. I mean – there is something in this theatre that is almost tactile, a certain fusion with time, with that which is this Now here, a certain translation without the finishing touch and with quite a few meanders. But there is a certain point, dense and flickering, full of this Now that – and this is really great – simply can’t go unnoticed.
Posted on Facebook by Anja Golob, 14.11.2013 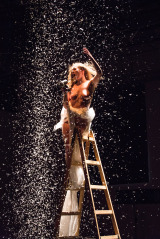 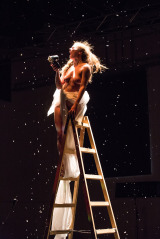 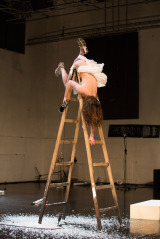 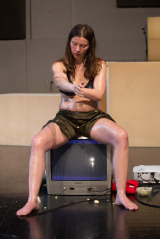 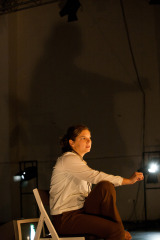 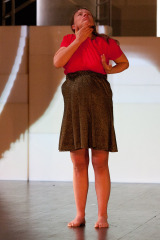 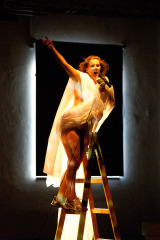 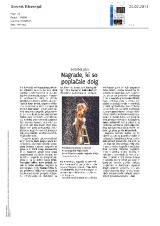 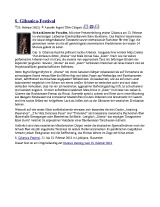 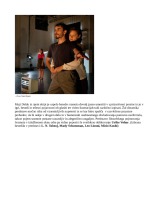 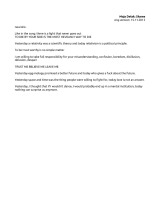 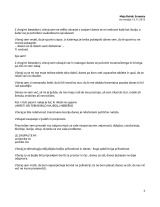 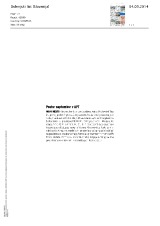 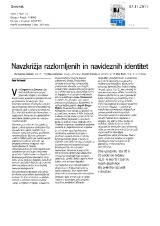 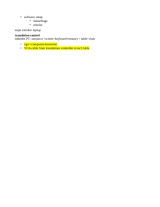 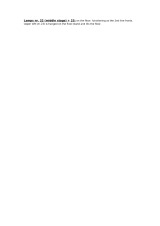 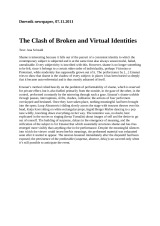 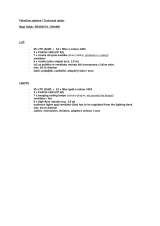