Just for Today is a seemingly slow-moving instant composition intentionally crafted to bring to view the less visible, less conspicuous materialities, embodiments, physical states. The underlying principle in the ever oscillating and re-emerging space of sound landscapes is the ongoing negotiation of different perspectives, also with the audience. It is impossible to think about moving and movement, about identity, growing up and growing older and not think in terms of the body. In an intertwinement of manifold experiences, images, and topics, some of them individual and specific and some shared by all the performers, the sense of time is revealed through the body. Ageing is always fresh; there is always another layer of dust that has to be blown off, another wrapping concealing excessive invisibilities that has to be undone… If for An Aged Woman in Mina Loy’s poem the past has come apart, the future is inexploitable, and the present pain, the makers of this performance remain upbeat when faced with the challenges of life.  Life cannot be framed, but performance can be.

We are witnessing a simultaneous deconstruction of the clear dramaturgical arc and the climaxes of the performance material, as it is shedding through a series of small actions, marginal and invisible relationships, different materialities and corporeal relations, which drill also into the established ways of seeing. Instant composition is positioned somewhat on the edge between the inner- and outer-aesthetic decisions, between the political and the aesthetic, between the intimate and the social.
The five choreographers and their strong, referential bodies, inhabited with multiple deposits, postponed the moments of decision much too often, there was a lot of waiting and allowing the space, as if they didn’t want to be too forceful negotiating. As a result, they were increasingly stepping out of the stage situations, with which they tried to lay down the trajectories, test out relations, and search for new ways of entering. But, precisely in this vulnerability and openness lies the charm that commits us to a common cause, in which minor events constitute something extremely beautiful, sometimes completely by chance, which – funnily enough – determines and configures further development of things. The same is true for the stage set – many a time, even concerted and enormous efforts of the performers do not succeed in moving anything along, especially when this is done by isolated attempts of individual satellites; but then, the moment finally comes that pieces together the coincidences and the encounters into something that goes beyond the sum of the elements.
21.11.2018, Alja Lobnik; Kriterij.si

The performance Just for Today cannot be reflected upon without the audience, but also not without its contingencies, nonsense, empty spaces. It is these elements that challenge the gestalt and the attention of the viewer, making her to attempt to think the improvised movement – which is thinking itself inasmuch it is movement, inasmuch it is the bodies and the spontaneity (where spontaneity is, of course, extremely difficult to tell apart from the emerging tactics). In this exhaustive, indispensable experience, Just for Today points to the topicality of improvisation, which is all the more up-to-date, the lesser the number of people willing to watch it. Because the relation between spontaneity and certitude can be readily associated with the most acute political issues of contemporaneity, which also go hand in hand with the relation between fear and solidarity.
21.11.2018, Muanis Sinanović, Kriterij.si

However, even if the fact that female dancers of a certain age are being pushed out of the field of actively performing in contemporary dance is dictated by the aesthetic norms of the discipline on the one hand, and by the systemic structure of the working conditions on the other, we would be misguided to see in this insistence of mature female bodies on stage, in their coexistence with younger ones in the performance Just for Today, an exercise of defiant insistence on self-exhaustion or a provocation to impossible working conditions by persistence. On the level of aesthetics, Just for Today is not a compliant rendition of the neoliberal phantasm of permanent productivity, the imperative to work until old age, staying beautiful, staying young infinitely (which is all the more intense in the global North in the countries with a progressively ageing population, reluctant to accepting migrants). Setting the younger and the mature dancers on stage is not in the function of proving that the mature bodies can execute the same scores with the same virtuosity and energy as the young ones. By performing a teenage choreography in her solo What If, Maja Delak created an ironic dissonance with the mature body, which she upgraded by repeating the relatively complex movement sequence in a way that was friendly to her mature body, thus thematising the aesthetic and functional specificity of the ageing body, but at the same time also the personal integration of the fact that the passing of time imposes a certain passivity, acceptance of irreversible change. Just for Today moves more decisively in the direction of searching for different poetics of being and coexistence, a different aesthetics of movement that allows correlation between individuals of different generations; it is more about tuning through movement that does not supress experienced maturity of the older or the agile potentiality of the younger, and yet invents in each movement constellation a common language shared by all of them.
23.11.2018, Katja Čičigoj, Kriterij.si

The performance thus, as is stated also in the programme notes, does not offer a climax; however, it does appeal to the viewer’s sensitivity, binding her to invest meanings, search for climaxes, constitute affinities, and – through the elusive structure and the transient bodies – for a moment make her feel her own transience more deeply. With no regrets.
21.11.2018, Pia Brezavšček, Dnevnik 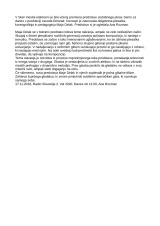 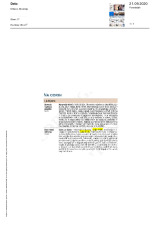 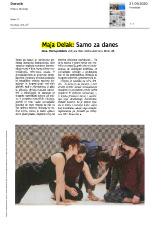 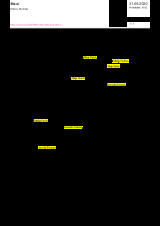 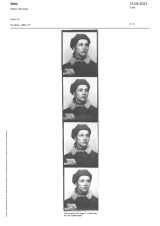 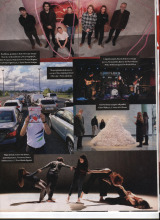 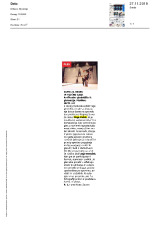 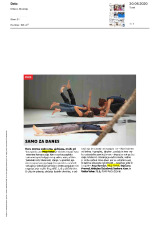 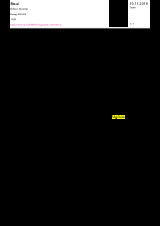 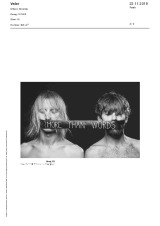 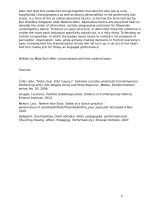 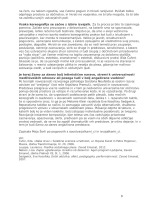 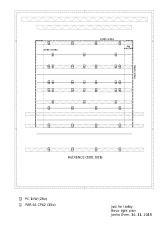