Image Snatchers present: The lives and deaths of HPD

PhD HPD: On soothing ADHD
HPD is reaching forty. Midlife crisis is on the horizon.
He fears going berserk, while standing on the thin and cutting edge between morality and infamy.
He claims to be a multitude and so fails in his search for authenticity.
He is a pussy on a hot tin roof realizing that the road to Hell is paved with good intentions.
He hates the roof and hates the road…
He feels like a rabbit blinded by the lights of wishful thinking.

Image Snatchers is a regularly held event, where art and conviviality converge. Modular in nature, always surprising, and never the same, it has been constituted collectively by the group Feminalz through different formats of collaboration. The collective started developing their working process in 2013, which is marked by an ambitious reflection and investigation of the “feminist post-dramatic burlesque”. The collective, creating new artistic contributions, commentaries, messages, and meanings within the technoburlesque evenings continuously, works to develop thematic clusters, characters, and narratives with which they reveal their ways of being to the audience in a very direct way.

With the series “Image Snatchers Present”, the collective Feminalz embark on a new way of working, as the members of the group will take a closer look into the life of one of the technoburlesque characters. After Urška Vohar (Matilda and Her Buns, 2017), the second to be presented is Loup Abramovici as HPD (Hormonal Perturbator in Decay). 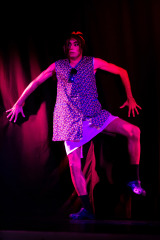 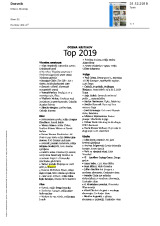