The fourth play by Sarah Kane Crave is conceived as a string of poetic monologues, which are – compared to her previous works – written in the language evoking distinct visual imagery and drawing from the sphere of sensuality. In this highly evocative and complex but also lyrical play, Kane again engages with themes such as psychic violence, abuse, helplessness, anxiety, horror of death (one's own or of the other), and the redemptive power of love. The play is highly fragmented and scattered with references to her previous works as well as to the Bible, the works of W. Shakespeare and T.S. Eliot.

Sarah Kane (1971-1999) is a representative of contemporary British playwriting of the 1990s. Along Anthony Nelson and Mark Ravenhill, Kane is considered the literary canon of the so called In-Yer-Face Theatre, which has paved the way for a new aesthetic in playwriting. In the second half of the 90s, British playwrights expanded the limits of performability by a single swing – by defying conventions of the prevailing realistic theatre and searching for new forms of writing for the theatre, they created works that present us with a space of confrontation with both the theatre codes and the viewer's personal ethical attitude. 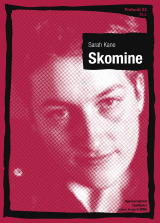 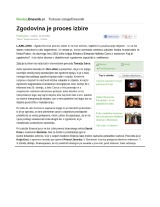 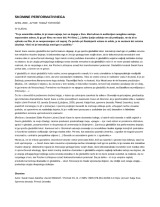 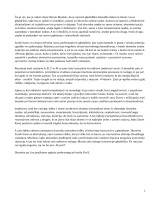 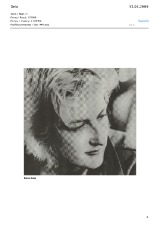