Poetics of Contemporary Dance was originally published in French in 1996, soon becoming a seminal work in the field of theory and philosophy of contemporary dance. The extraordinary quality of this work lies in the author's in-depth discussion of theoretical and practical works of many dance makers from the beginning of the 20th century up to and including the 1980s, connecting them with certain basic philosophical insights in French aesthetics.

Louppe however does not apply philosophical concepts to explain the dance practice or its articulations, but rather thinks the dancing act together with dance and philosophy. The book is thus an attempt in thinking dance which moves away from explanatory models and applicative cultural analyses, which have tried to grasp dance primarily with its own methodologies.

Dance historian, art critic, writer, and journalist Lourence Louppe (1938-2012) was an important figure in French contemporary dance. She wrote for the French daily  Libération, was a collaborator with the Nouvelles de Danse, and the dance editor for Art Press. She lectured at many art schools (among others also at PARTS in Brussels and at the Quebec University in Montreal). Her writings always showed a great sensibility for how the artistic processes is intertwined with perception and thinking. Drawing extensively on phenomenological and poststructuralist approaches in French philosophy and aesthetics, while also having great knowledge in dance history and theory, Louppe has developed a unique approach to art in general. 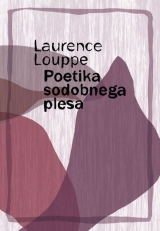 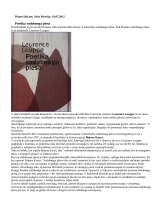 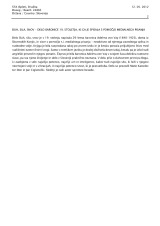