Jasna Žmak: The Other at The Same Time

“Writing for the theatre should be kept apart from all other writing, even from writing plays. That's why I cannot separate my texts written for the theatre from the theatre for which they were written. When I work with Matija I see these texts only as part of a bigger story, a story that in this case starts like this:

Before going to the theatre we had spent a few weeks in the woods. We read there, jumped, cooked, swam. We played, danced, laughed, talked. Then we did the same in a village. Only then we went to the city, to the theatre.  And all we did in the woods and in the village, entered with us to the theatre. Every performance is a sum of invisible influences which are actually unending… Every performance is endless because we share it with others the whole time. Like the sea, like the woods.” (Jasna Žmak)

Dance performance The Other at the Same Time was made in an atypical working environment, through an atypical working process. Motivation? Creation of a small working community which would be oriented only to itself, as the performance itself deals with the question of community – with issues related to the conditions and qualities of social behaviour of certain social groups.

At the same time the working process examined also “the community of movement and word” –atypical encounters of the physical and textual aspects of the performance.

A reflection on the process and the performance text with a foreword by Katja Čičigoj was published in a new book in the book series Transitions XS.

Jasna Žmak (1984) is a dramaturge, playwright, and scriptwriter. Born in Pula, Croatia, she now lives and works in Zagreb. She has graduated from dramaturgy at the Academy of Dramatic Art in Zagreb, where she works as junior research assistant since 2012. She is the author of the play Samice, published in the INK book series, which was staged in 2011 at the Istrian National Theatre – City Theatre Pula and was directed and choreographed by Matija Ferlin. She has worked with theatre directors Borut Šeparović, Oliver Frljić, and Matija Ferlin and with film directors Ivana Škrabalo, Igor Bezinović, and Radoslav Jovanov Gonzo. Since 2010 she is the member of the managing board of the Centre for Dramatic Art in Zagreb and of the editorial board of the performing arts journal Frakcija. From 2009 to 2011 she was the member of the editorial board of the web portal for Croatian playwriting drame.hr. She writes and publishes short stories and critical texts. 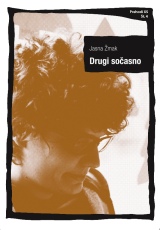