In his new show, Staging a Play: Antigone, choreographer and performer Matija Ferlin continues with his reflection on the concept of solo performances, and on the expanded concept of his Staging a Play series. By choosing Antigone, Ferlin decides to adopt the approach of complete reduction of the stage. He wants to reduce the character heterogeneity of the play in its functions to a single performing body, while at the same time preserving the entire narrative and logic of dramatic situations. By assuming the roles of all protagonists and their relationships, Ferlin exposes his performing tools - his body, movement, and speech - to a series of situations on the limit of performing possibilities.
The author uses stage as a place to search for the nonexistent, all powerful, ideal performing body, which builds and destroys, creates and terminates at the same time. In this mono performance, the director and performer Matija Ferlin enters the deconstruction of the theatre conventions in his performing habitus, with the desire to create a choreographic whole of an extremely delicate physicality in juxtaposition to a spoken word.

Staging a Play: Antigone is based on the tragedy Antigone by Sophocles, translated by Don Taylor

Ferlin's staging of Antigone offers an undoubtedly challenging interpretation of the play. Although embedded within a stereotypical reception, it manages to outline the points of something new, making a big leap for the play but a much smaller step for “humanity” – some of the performance’s own wagers could perhaps be bent in other directions, the catharsis of tragedy avoided, teleology broken. But make no mistake, this criticism is possible only at the background of the performance which is in its essence innovative. 26.06.2018,  Kriterij.si, Surviving Teleology, Muanis Sinanović

Rather than being a sort of a symbol (of nobility?), the blue liquid, spurting out like shed blood to signal the beginning, is there to demonstrate that what we are about to see won’t be connected with representation, but that the theatrical signs will follow a different underlying logic. The actions will never imitate the plot, but will instead often also drop all intrinsic connotations, while remaining un-aestheticized and reduced to simple functional movement to manipulate an array of props; or they will be suspended at the tipping point of transforming into a clear action, an action that would carry too much narrative potential. This out-of-jointness with immediate narrativization liberates the body, although, on the other hand, it imposes certain limitations and requires extra discipline in the sense of its continual subjection to choreographic instructions. This kind of a body thus has to invent a new, particular correlation with the unfolding narration, which is in this piece crystallized as a specific compositional logic of the body and its relation with objects. This is a visual, rather than a life-imitating logic, the key feature of dramatic theatre. The (one) body on the stage is therefore no simple dramatic character, but a kind of an accumulation machine merging with the space and its elements in multiple ways as the story unfolds.
28.06.2018, Kriterij.si, Anti-gone, (Anti-)Oedipus' Daughter, Pia Brezavšček

The insistence on being constantly in the stage present, which Ferlin has mentioned in one of the interviews, this continual return to the performative here-and-now serves as the prime mover of the performance, or as the author has put it: “Being aware of the moment, being aware of being on stage, in front of an audience with something to say.” There was something ritualistic in this performance, which moves halfway between dance and drama, that reminded me of Jung’s definition of dreams, where “the dreamer is at once an actor, scene, director, producer, prompter, audience, and critic.” Ferlin’s body functions basically in the same dream-like or ritual way, as he projects onto it the basic predicaments of Antigone’s tragedy by way of voice-overs.
30.06.2018, Kriterij.si, Semantic Archaeology of Movement, Tibor Hrs Pandur

Matija Ferlin's Antigone offers more perspectives than meets the eye, as the spectator is offered more than just seeing how the play unfolds and how it is staged, which is done through the use of objects. On the stage, Ferlin acts as a kind of god – by moving the objects across the stage, he is similar to a child at play, creating elaborate worlds of his own. However, as the speaker of the text, he also acts as the embodiment of Antigone’s characters, which he never wholly embodies as we never actually see him utter their words. Ferlin’s body is ambiguously neutral, having to navigate through the characters but never wholly becoming one of them. As a result, the movement itself also never makes any direct connections with the spoken text, so the audience can make their own reading of what’s going on. Paradoxical as it may sound, Ferlin has created a performance in which the text (usually the most powerful theatrical tool) is very much present, which could make its ‘narrative’ to come out on top; however, in Staging a Play: Antigone what prevails is movement.
10.07.2017, Koridor, Matija Ferlin: Antigona, Maša Radi

This work plays with a performing gesture that is taking an extremely high risk and demands radical focus and dedication, although it is physically the least explosive of Ferlin’s pieces, but is – according to the author himself – also the most demanding one. Staging a Play: Antigone offers a conceptually and methodologically innovative deconstruction of the dramatic, choreographic, and performing gesture coupled with an unexpected, yet wholly clear logic, which results in an impressive and highly emotionally charged theatrical experience.
06.09.2018, Plesnascena.hr, Protiv prolaznosti, Iva Nerina Sibila 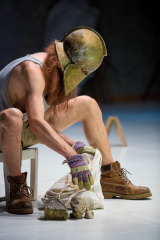 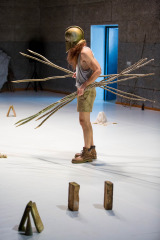 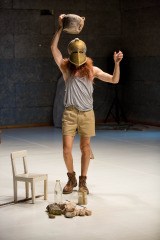 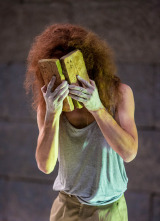 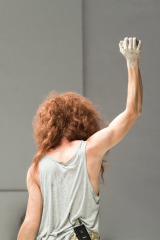 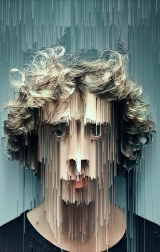 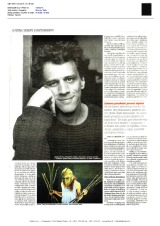 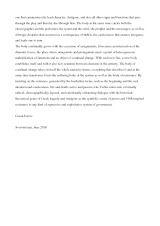 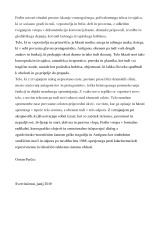 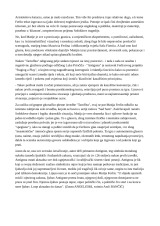 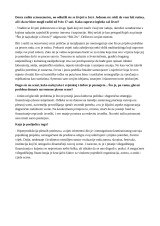 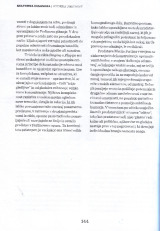 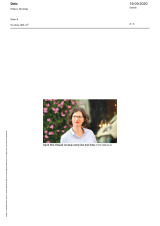 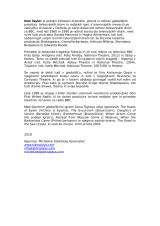 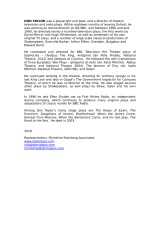 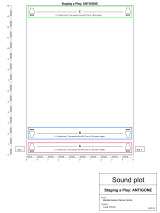