The fifth installment of Kamizdat Rentgen presents a live version, and release, of the debut album by author, harpist and explorer of sounds that works under the pseudonym 'rouge-ah'. This performance will be complemented  by a solo appearance by singer musican, composer and author Maja Osojnik, who has been very active in Austria for many years.

Music on the debut album by rouge-ah - only a few years old project by a musician and visual artist Urška Preis - contains nine compositions. It spans a wide genre spectrum of electro-acoustic composition using field recordings, noisey drone ambient and a variety of digital and analogue processing of acoustic and electric harp. It's a sonic self-portrait through which an intimate and abstract picture of hurtful emotionality is revealed by the artist through an original musical poetics.

Urška Preis is a musican, harp player and visual artist. She studied at Ljubljana conservatory for music and ballet, Academy for Fine Arts and Design Ljubljana, Listaháskóli Íslands in Reykjavík, and Hochschule für Grafik und Buchkunst in Leipzig. She is part of a duet II/III (two out  of three) together with an electronic music producer Tine Vrabič – Nitz. As a solo musician she started out on the Leipzig avant-sound scene with the project rouge-ah and has since played in Berlin, Bamberg, Copenhagen, Ljubljana and Reykjavík.

Maja Osojnik (1976) is a singer, composer, improvising electroacoustic musician, sound artist, and producer that made a name for herself in different musical fields, such as early music, contemporary, experimental, jazz, free improvisation, sound art and heavier music. She composes music for dance, theater, film, radio plays, sound instalations and various ensembles and orchestras and writes lyrics, that she performs with her bands. -> maja.klingt.org mo.klingt.org 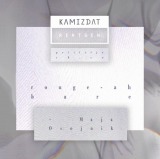 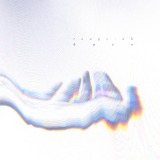