New premieres in May:

In addition to the Avant-Premiere, the final dance production of all students of the dance module at the PSEGSL, this year the Dance solos by the fourth year’ students will also be publicly presented with their work. The students have prepared short dance solos in connection to the theoretical work The Poetics of Contemporary Dance by Laurence Louppe. In their solo creations, the students investigate the selected theme and develop their own contents.

Re-runs in month May:

Avant-premiere'14: The Invisible Body of Space
excerpts from school production

Avant-Première is an annual final production of the Arts High School Ljubljana, which gives the students an organized opportunity to enter and (pre)experience performing on professional stages. The starting point for Pre-Première’14: The Invisible Body of Space was an important theoretical study The poetics of Contemporary Dance written by Laurence Louppe.
On 19th May two excerpts from the performance will be presented by the students of 2nd and 3rd grade.

Matija Ferlin’s performance Sad Sam Lucky is a physical response to the work of the Slovenian avant-garde poet Srečko Kosovel (1904 – 1926) whose confessional poetry is profound, contemporary in its spirit, internal tension and stylistic imagery, at the same time revolutionary in its ideas, brimming with immediate reflections of his personality, deeply touching and poetically invaluable.

In his solo performance Sad Sam Almost 6 Matija Ferlin wants to investigate a mind of a child that is not conditioned by anything, not even by his own existence. While growing up, the conscience of the existence creates numerous “terrorizing” facts that are results of social conditions and constraints. All fictitious childhood characters become enemies. The fact that we have to grow up results in imperfections that make our lives and modes of existence specific and individual.

Maja Delak: What If
solo performance

What If is a solo of a dancer and a solo about a dancer; it is a dance solo about what the body is capable of doing and what not (any more). It is a dance solo about the exposure and vulnerability of all bodies. What If is a performance about an insecure, unstable and vulnerable situation the dancer on stage is pushed into, the body of a dancer at work, the body of a dancer in life, who is continuing her investigation of the intersection between the body, gender and society, while critically addressing production conditions of contemporary dance (and art in general), which are the ongoing themes of Maja Delak's work.

Technoburlesque is a mute comedy of the body that mocks rigidity of social roles. It uncritically appropriates, copies and glues together femininity, masculinity, family relationships, machismo and other degenerated social roles that are unrighteous considered to be normative. When Image Snatchers totally expose themselves — and remove their social dresses layer by layer — they do not find the essence, but realize that the essence is nothingness, and the performed travesties opium that makes living bearable.

Concerts are lined up in May:

Concert performance started as a clubbing derivative of multimedia concert performance Frozen Images is a move towards the transcendence of a dancefloor, especially of its potential of conscious and deliberate bodily resistance to the force of rationality. It uses a language of electronic rhythms, repetitive patterns of metalic melody, violent funk and carefully crafted dynamics of suspense, peaks and minimalism.

Mini album Taste of Silence percolates between contemporary vocalisations and traditional heartbreaking melodies. This juxtaposition brings out paralels and coverings that we can feel in music's physicality. As always special effort was made with album's design, this time with an approach similar to book binding, with playful typographic positioning of lyrics. All with the purpose of making an almost intimate relation to different contexts of making music.

In May Kamizdat  music label will release two albums that result on performances and live contacts with the audiences:

“Technoburlesque Image Snatchers EP” is based on a series of club evenings of the same name created in 2013 by The Feminalz: Tristan Bargeld, Mathilde Buns, H.P.D., Mad Jakale, Frau Strapatz, Crucial Pink, and guests. For such a variete show with a comical and criticial bend number of electronic musical fragments and reworked reappropriated recordings were written and produced. While the series continues in 2014 and onwards with new noise eruptions and electronic remixes Nova deViator gathered sound fragments for this EP and additionally upgraded, reworked and "composted" them.

Music that was created for the school performance Avant-premiere'14: The Invisible Body of Space. Authors of the music are Luka Prinčič, Matjaž Predanič and Octa Push.

In May we continue with education program:

KlasJe
open dance classes in May Dance Theater Ljubljana from 9am until 10:30am. 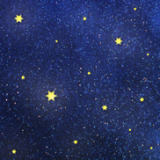