Warhorse is a new project of two Kamizdat artists, Miha Šajina – Shekuza and Domen Učakar – Lifecutter, in which they join forces to face their demons and contextualise trans, in connection to the nearby presence of death. Their creative paths first crossed at a special concert for BIO26 Biennial of Design in 2019 and a year later they spent a week at an art residency in 2020. They immediately clicked, because they share an interest in artistic club music and aesthetic rhythmic excess, also when wrapped in darkness. And that is how Warhorse came to be and their first compositions, inspired by the medieval and more recent torture devices. On the album Atlatl (an ancient hunting tool used in spear-throwing) the aggressive side of their creativity is explored. The cold and industrial techno, mixed with dark ambient, is the sound for the times of contemplative anger and for dancing in the darkest times of the night.

Miha Šajina: producer, DJ, synth player, composer and an enthusiastic module collector has undergone visible transformations. After the acclaimed success of his bands Moveknowledgement and EWOK in the past two decades, his focus shifted to various styles of electronic music, DJing (he also organized the series Versus) and kept the love for modules and DIY electronics. He is also active as a composer for animated cartoons and a moderator of music workshops, but he keeps returning to the conversion of electronic and acoustic instruments and abstract visuals. The result of this work can be heard on two albums: De Sica (2019) and Coriolis Effect (2020) besides the series of concerts with a percussionist Marko Jugovič and visual artist Lina Rica.

Domen Učakar: multiinstrumentalist, sound researcher. He was active as a guitar and synth player in various bands, until he focused on his solo work under the moniker Lifecutter and the art noise duo Ontervjabbit with Neven M. Agalma. His main instruments became guitar effects and synths, with which he creates dark industrial sounds with slightly creepy drones and thought-provoking techno, which proved very successful by the critics. In 2018 he was chosen as an artist in the SHAPE platform and The Wire magazine featured one of his songs on the Below the Radar compilation in October the same year. He is also the current artist-in-residence at the Sonica Festival.

Free streaming and album download (“Name Your Price”) is available from October 12th through our Bandcamp shop at https://www.kamizdat.bandcamp.com.

Financially supported by City of Ljubljana, Ministry of Culture RS 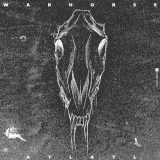