In the poetics of this work, one can sense the history of personal musical growth: the beginnings in doom metal and the sense of immediacy of jump-up and harder strains of drum'n'bass. Active as a DJ in the last decade, PlankTon moved exceedingly firmly into the contemporary breakbeat scene, very much in line with what can be found on BeatMyth's first two albums. However, proper appreciation of this project is not possible without taking into account the live performance of PlankTon and N'toko, who have until now always presented BeatMyth in an outgoing onslaught of beats, basslines, synth-stabs, and fast vocal ranting, animating many a sleepy auditorium into something akin to a small riot. And to furthermore bring the tentacles of this project's context to light, it must be said that at the core of the project stands a multiskilled producer and audio engineer, whose areas of work go beyond mere clicking around his DAW: robotics workshops for kids, technical support for art installations, analogue synthesizer repairs, audio studio building, mastering and mixing a variety of different projects, and live sound.

"And it is precisely the details that are plentiful in BeatMyth's new album – and this is what makes it so different from the rest of the breakbeat offer currently out there. There's an enormous amount of barely audible rhythmical miniatures and various technical tricks and wacky ideas that thoroughly shake up the whole. If the starting point is a fairly rigid genre that hasn't gone through too many changes over the past fifteen years, Vuk, as expected, succeeds in overcoming the curse of the form (he is after all a skilled mastering and sound engineer) with an enviable amount of ingenuity and know-how as well as ideas not necessarily bound to the club podium. Don't be mistaken, One Hand Clap is primarily a dance album, an album that sounds best on a club sound system, and should be danced to as it is so full of explicit floor-fillers. However, Vuk's ideas are not slaves to the rhythm, and the question “will this work at the dance floor” not a paradigm or a rigid guiding principle blindly followed. One Hand Clap is, in its foundation, a distinctly breakbeat, genre album. Energetic and at the same time playful enough not to be seen as dull or pragmatic, or as a functional collection of dance tracks, intended solely for club spinning. Nor is it a calculating assemblage of piled-up club singles. We should give the album One Hand Clap a hand, using both hands actually, as it brings to the category of dance albums a much needed deviation from the norm. It by no means hesitates introducing less common ideas, taking unexpected turns or excursions into less familiar places. And we get all this in a technically flawless package."
15.05.2017, ODZVEN, Enoročno ploskanje beatov, Borja Močnik

"Considering the wider quality of the album, we can say that it should be appreciated for its clear tackling of generic genre and sound implications (the album's title could also be read along these lines – One Hand Clap), grabbing them by the spine and loosening the succession of vertebrae, which is then utilized as the starting point for a less formulaic, a sound- rather than genre-based recontextualization, which at the same time retains the dynamics and flexibility of the characteristic all-important drum and bass structure of electro-breaks, at the same time constituting a sound-arrangement field of intrigue and exploration, which undoubtedly presents BeatMyth to its best advantage ever. The new album can thus meet the approval of connoisseurs and non-connoisseurs alike, which is rather atypical for this kind of soundscapes. The result is a collection of compelling unpredictabilities and an incessant refocusing of attention within a linear genre-generic sound narrative that can take rather large steps away from the comfort of formulaics, constituting altogether new perspectives for perceiving breakbeats..."
03.05.2017, Radio Študent, Tolpa bumov: BeatMyth: One Hand Clap, Žiga Pucelj 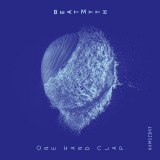