In early 2009 Maja Delak and Luka Prinčič created a performance called “Une façon d’aimer”, a duet that explored violence, love, sexual identities, and power relations through a fragmented mixture of various media – among them, also, a lot of music. That is where a punk rendition of proto-feminist You Don’t Own Me and sexually/bdsm-charged Domina’s Doll songs emerged. The former got quickly picked up by a local initiative K4format and published it on their compilation. The duo reinvented themselves as Wanda & Nova deViator to extend their reach on concert stages and dancefloors and continued to work on new tracks. They premièred a new performance “Frozen Images”, which delved even deeper into a “new media concert” form, utilizing real-time manipulation of video, songs with heavy breakbeat and electro-influenced beats, and lyrics exploring the contemporary life of consumerism, pornification, over-sexualisation, digital piracy, and the condition of contemporary subject. The performance lingered on an uneasy margin between theatre and dancefloor, between contemplation of the spectacle and body movement induced by loudness and beats. Since then the duo continued experimenting with forms and created two derivatives: a drone&noise audio-visual ambient-electronics show “Sublimation Revision” for ‘listening and watching’ occasions and a full-on dancefloor assault “Resistance”, which strived for the simplicity of a concert-like or even electronic live-act situation. This album is a transformation of the latter, a result of a long process of finalizing the tracks, rerecording the vocals, and collaboration with mixing engineer Igor “PlankTon” Vuk. This is outspoken electronic braindance music with a punk attitude and occasional excursions into triphop.

Free streaming and download (name your price), CDr, and Boxed Limited Editions of CDr & USB are available through kamizdat.bandcamp.com

"The album 'Pacification' eludes all strict genre classification, though it is concretely rooted in the European, mainly British sound tradition. It could be said that the album is driven by a remarkable attitude of self-confidence, an autonomy both at the level of the content and at the level of the merit of its delivery. The most outstanding positive characteristic of Pacification is how it skilfully traverses the boundaries between serious artistic and raving club discourse, without any of them losing its weight on account of the other." -- Pina Gabrijan, Radio Student, Ljubljana

"[T]he sound and the way the songs are developed is impressive, resounding with (mainly) Prinčič's experience with (off)club electronics, starting with downtempo, breakbeat, IDM, electro pop, and electro house. But this is no nostalgic revival of past musics. Pacification brings their lessons to life in a reworked, modernised form and at least a part of the songs can be easily put on an equal footing with current world trends. [...] The music sets the mood throughout, mostly it is pure dance music, rhythmically aggressive and perversely obscene, at times escapist cold, alienated, but always in harmony with the texts which round off the contrasting image of songs, making a sound-wise manifold whole. We are used to seeing contemporary electronic music finding itself trapped in formulas and it's not unusual to find on albums two or three properly done songs and ten others made only to repeat the recipe that succeeded. In contrast, Prinčič and Delak imprint a special character to each of the twelve songs, what's more, with their immediate appeal, the songs stay in the memory already on the first hearing." -- Goran Kompoš, ODZVEN, sigic.si

"Prinčič's music is formally done with the tools that are not exactly conventional in contemporary dance currents. It's sophisticated, with a touch of the charge of current music trends. However, it's a result of a distinctly individual synthesis, which covers the deconstructed generic construction elements with an erudite veil of very different moods, which could independently function within the subgenres of electronic dance music. The concert is thus sequenced in an eclectic movement of increasing and dissolving intensity, which might in another context be too tense because of differing contents, but is in the case of Wanda and Nova deViator entirely logical and extremely extremely effective precisely because of the project's personal engagement." -- Žiga Pucelj, Wanda & Nova deViator, Radio Student, Ljubljana 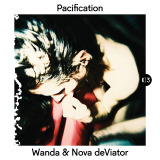 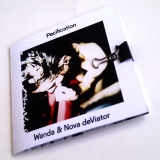 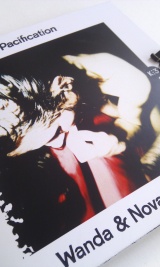 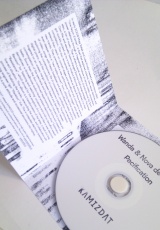 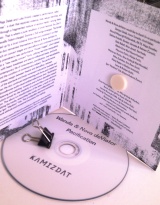 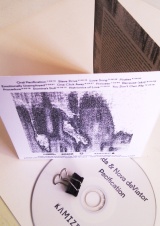 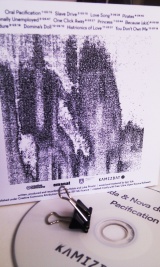 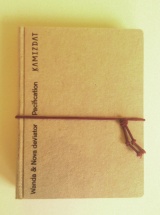 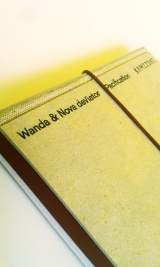 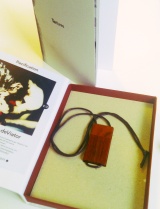 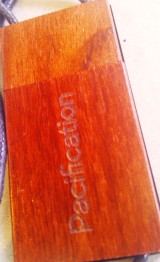 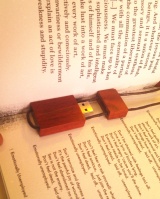 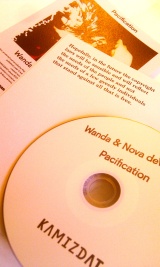 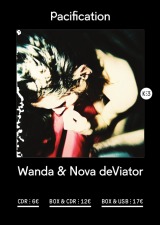 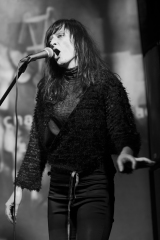 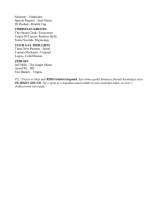