Imagine the woods, green but dark, as it is the end of the day. Looking around, the dusk is falling. The shadows are becoming abstract, the clear contours of the shapes are in the hiding. The night, full of movements in the forest, is born.

This poetical setting of an imaginary scene seems an appropriate introduction to  Lifecutter’s music, which is dark and distorted, immersing the emotional and the sensitive in abstract harshness and noise. The wooded green of  the hills around his hometown Hrastnik is what Lifecutter predominantly identifies as his main surrounding, perhaps even draws inspiration from. This can be somewhat surprising to an unsuspicious listener, considering the early industrialisation of the area and many implicit references to the ruggedness of coalminers’ lives in the works of certain other artists from the area (Laibach is not the only one, albeit perhaps the most known example), and the intensity of Lifecutters music itself.

The man behind the electronic adventure in front of you is far from being a newcomer to musical explorations. He travelled that road playing a bass guitar with a number of local hardcore punk bands (Request Denied, for example), while at the same time playing the flute in the local marching band. Indie rock derivatives found their footing in Icarus Down, while the songwriting production of electro-pop sensibilities was explored in the Neon Spektra project. Versatility here is apparent, as shown in his collaboration with a longtime friend Neven M. Agalma in the noise duo Ontervjabbit. It is the exploration of various strands of noise in the latter, combined with his devouring of the Warp Records sound in the 1990s, that is seemingly the most obvious influence on the present record.

Musicians come in all shapes and sizes, with roads travelled and future intentions. But the paths taken, one would assume, are always laid with difficult questions regarding the form and content of the next record, next project, evaluating the past and deciding on the future methodologies, materials, structures, and equipment. This record unfolds the artist’s conscious effort to put aside and avoid the customary and well-established track structures, especially those usually used in songwriting. There is rarely a bridge – if there’s one at all; drum machines keep pounding a few variations for long periods of time and then disappear unexpectedly, and track endings wiggle their way from the grasp of the habitual.

While the listener is encouraged to build her own imagery, I keep coming back to the metaphor of the green woods at dusk: the eternal, continuous, and periodic processes of germination, birth, death, and decay, intertwined, dependent, inhibiting, encouraging, in cycles and development. There is repetition and time. A lot of time.

Free streaming and download (name your price), CDr, and Boxed Limited Editions of CDr & USB are available through  kamizdat.bandcamp.com 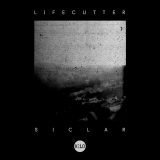 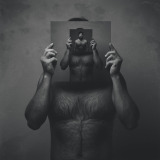