Mixtures and Leftovers is a sort of a continuation/derivative and at once an anticipation of the self-referential concept behind the 2011 album Motus released by Pharmafabrik Recordings from Ajdovščina, Slovenia. It presents a certain in-between field, a transition, a link between its own history of self-realisation, of a preliminary/transitional moment/record that is translated into a self-immersive and over-recording medium of auto-write/delete, into a re-self-positioned and altered image of the anticipating self-realisation through the sonic contemplation of the organic-mental remnants of the subject's permanent disintegration and the emergence of the transformed patterns of the interior fabric of mental perceptivity. The album presents a fragment of the parcelled out territory of a certain past schema, which at the same time also anticipates a continuation of the past/prior narrative, crossing over the threshold of self-reflection to walk the path of the other-interface, which retroactively in-scribes its temporal dis/locability, outlines it on the map of its own disproportionality of the quilting. The washed up fragments, remnants of sonic mixtures of over-folded wormholes, sediments, and scattered metal offcuts of what was chewed upon and grated over, coalesce into a conglomerate of the preceding-upcoming album. 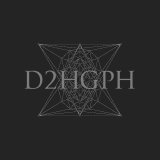 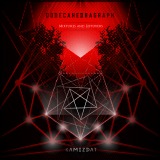