Both my work and my class are based on pleasure from dance, excitement. Working with coordination, including the overall body and pushing the limits of speed.

Isolate: On entering the dance space with a phrase, do not forget any part of your body and try to speed up. Joy: Have pleasure in what you do, but don’t forget about the work part while having fun. Get excited, but don’t let excitement run over your technique.

Workshop: Creative work - I show people my way of creating the material, ways to go deep into the movement, and ways of dealing with complex materials. The work is very physical and demanding, and will consist of two parts - first the technique class and second the composition part.

Composition: I work with people on their physical qualities and I guide them to compose their own phrases. The way to create is complex, while its complexity grows more and more every day. I want to share the way I like to create materials with workshop’s participants.

Anton Lachky was born in Slovakia in 1982. He started dancing folk dances at the age of five with the group Maly Vtacnik, which toured in Europe and North America. He then started a five year training programme in Banska Bystrica Conservatory, during which he created numerous choreographies (duets and group pieces). After graduation, he went on to complete his BA studies in Bratislava. In 2002, he entered PARTS (the Belgium school directed by A.T de Keersmaeker) and only a few months later joined Akram Khan Company for the creation of Ma. After two years and a half of touring, Anton settled down in Brussels as a freelance choreographer while setting up the foundation for the Les SlovaKs collective.

During the last five years, he has been invited as a guest choreographer by Studio Danza (Slovakia), Company dot 504 (Prague), The Helsinki City Theatre (Finland) to create group pieces. In 2007, Opening night (Les SlovaKs production) premiered in Barcelona at "Mercat de les flores" and in 2009 their second work Journey Home premiered in Kaaitheater in Brussels. Both pieces are successfully touring the world.

Considerably inspired by his folk background, Anton has developed his own teaching method, using joy and pleasure as a way to develop a unique and personal way of moving.

He has been teaching all around the world: Belgium, France, Italy, Spain, Iceland, Hungary, Armenia, England, Germany, etc. 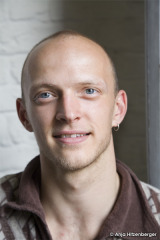