“My work focuses primarily on the research of physical and emotional body, its capabilities and limitations, on questions of its positioning in the social frame and the relation of society toward the body itself. The content is expressed through different performative forms and specificities of the performer, who is capable of a manifold, complex expression. At the same time, my work is delineated by my inclination toward the visual (study of visual arts), which results in the fact that the work is interweaved with the interaction of visual images and focused on the composition of space and spatial relations.”
Urška Vohar

Urška Vohar (1977, Maribor) choreographer, dancer, light designer and dance educator, finished high school in Maribor and graduated at Maribor’s Faculty of Education (visual art pedagogics). In 2006 she graduated from the School for New Dance Development (SNDO) in Amsterdam, Holland. While studying in Amsterdam, she began her solo career as a stage light designer. As a choreographer, dancer or stage light designer, she has collaborated with many renowned domestic and foreign artists: Maja Delak, Silvan Omerzu, Snježana Premuš, Andreja Rauch, Matej Kejžar, Tina Dobaj Eder, Andy Papas, Ann Popoulis, Frey Faust, Vincent Cacialano, Katie Duck, Thomas Lehmen, Andrew Morrish, David Zambrano, Juan Kruz, Keren Levi, Igor Dobričić, Ellen Knop, Georg Hobmeier. During and after school, she created quite a few projects, of which most resonant were the solo I was born on Sunday and Dust Republic that were presented at various festivals (Nagib, Maribor), Masdanza (Canary Islands), Gibanica (Ljubljana) and Platforme of Young Creators (Maribor). Since 2006 she has been living and creating in Ljubljana, where she collaborates with various producers: Emanat, Maska, City of Women and many others. As a co-author and performer she has been a part of techno burlesque Image Snatchers since its creation in 2013. In 2015, she received the Ksenija Hribar Award for pedagogical work in the SVŠGUGL collective - contemporary dance. 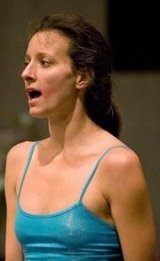 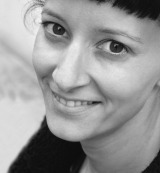