The two studies in the book Chronotopographies of Dance are a result of several years of research on contemporary dance combined into a dialogical exchange. Eda Čufer's text Writing Movement: a Dramaturgical Meditation on the Cultural History of Dance Notations is motivated by the author's long-standing practical dramaturgical work and her interest in the types of written records and strategies used in creating them, which could present an alternative to traditional dramatic texts in modern and contemporary performing arts practices.

Ideologies of the Dancing Body by Katja Praznik is on the other hand motivated by her interest in theoretical discourse, which led her to attempt to formulate concepts that would enable articulation of corporeality and its function in the art of dance. The studies are contextually linked, as both attempt to constitute a discourse on dance, which has been conspicuously marginalised in the Slovene cultural space.

The book's title, Chronotopographies of Dance, emphasises the common conceptual horizon of the studies – they are both grounded in the theories and discourses developed from an epistemological shift brought about by Einstein's theory of relativity and its imperative of the indivisibility of time and space. Dance art is the ultimate concretisation and at the same time a metaphor of the indivisibility of time and space, mind and body, and objective and subjective aspects of man. With the two studies Chronotopographies as “spacetime writing” thus get a double meaning, relating on the one hand to the need for rationalisation and symbolic writing of corporeality and moving and on the other actualising the awareness that a body in motion, which always leaves behind material traces, both materially as well as in people's perception, is already a kind of writing that has to be decoded.

Eda Čufer is a dramaturge, writer, and the founding member of the art collective NSK. In the 1980s she worked closely with Dragan Živadinov and was the co-founder of Scipion Nasice Sisters Theatre. In the nineties Čufer worked with Iztok Kovač and dance group En-Knap, with Marko Peljhan and Projekt Atol Institute, and with the visual art group Irwin. She is the editor of many books and writes extensively on theatre, dance, and visual arts. She currently works and lives in Ljubljana and Boston, where she is working on her new book Art as Mousetrap, which investigates Shakespearean stratagem of “mousetrap” and its manifestation in contemporary performance and activist art.

Eda Čufer was awarded the biannual  Grün-Filipič Award at the 2011 Week of Slovenian Drama for the text Writing Movement: a Dramaturgical Meditation on the Cultural History of Dance Notations, published in Chronotopographies of Dance. With this gesture the festival's jury recognised Eda Čufer's exceptional dramaturgical and theoretical contribution to contemporary performing arts over the past three decades in Slovenia, adding that her dramaturgical work in the 1990s redefined the profession of a dramaturge.

Katja Praznik is a theoretician and dramaturge. She received her Master's at the Sociology Department of the Faculty of Arts, Ljubljana. Praznik was editor-in-chief at the performing arts journal Maska from 2007 to 2009. As a dramaturge she worked with Iztok Kovač, Maja Delak, Urška Vohar, Matija Ferlin, and Eric Dean Scott. She writes extensively on dance and contemporary art. In 2009 she started her collaboration with Asociacija – Association of Arts and Culture NGOs and Freelancers, where she is developing projects for the improvement of the position of non-institutional art and culture in the Slovene cultural political model. She is currently writing her PhD thesis Intellectual Dominion: Contemporary Art Between East and West. 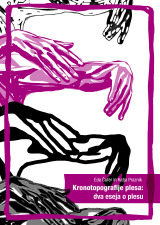 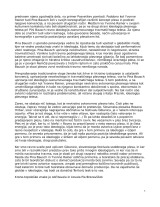 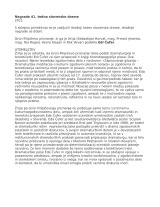 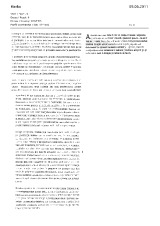