The Kamizdat concert series Rentgen is upgrading its format – which had so far placed the live concert at the forefront, enriching it with moving images through cameras and a live stream – and turning it on its head: the focus is now on the camera view, video inserts and direction with the aim of a hyper-telematic experience, fertilized by a concert in front of the meagre possible live audience.

Lifecutter will be accompanied by Slovenian musician and sonic artist beepblip, who released the digital EP Noise for Strings, Vol.2 via Kamizdat in late August 2020, which has already made waves in certain local and foreign music media: “These new sonic landscapes were made during a time […], when man was again made to face the facts by nature and forced to withdraw from his urban trenches, which were swiftly retaken by the remaining living world.” (ODZVEN)
https://beepblip.org
https://beepblip.bandcamp.com

» Kamizdat Rentgen « is a glimpse beneath the surface of the skin, a look at the fleshy interweaving of the bones, muscles and nerves that make up the diversity of sonic bodies. It is a series of evenings with which the Kamizdat label aims to establish a more significant presence of adventurous music artists, carving a path in fields where there are often none. The evenings are often closely connected to new music releases.
http://kamizdat.si 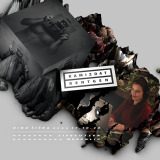