Kamizdat and ZARŠ present new releases: Shekuza - De Sica and Warlord Chipmonk - Nicotiana Tabacum. The club will be warmed up by Zergon. The scene signs 50 years of Radio Student!

With the debut of De Sica, Shekuza presents himself as an extremely mature musician and producer who transforms musical material obtained solely through modular synthesizers into compelling sound stories. Miha Šajina is a producer, sound designer and DJ from Ljubljana, who until now has worked as a keyboardist in the bands Intimn Hairstyle and Moveknowledgement, and soon founded his own electronic trio, named Ewok. With Moveknowledgement, he recorded "Ant People" (2005), "Listen to Nebuchadnezzar" (2007), "Pump Down" (2011) and "See" (2014), and with Ewok the debut "No Time" (2013). According to major Slovenian media, the Pump Down record by the Moveknowledgement band was proclaimed a record of the year in 2011. Šajina does not act only as an instrumentalist and music author, through the years he also took over an overall sound image of the bands Moveknowledgement and Ewok, which led to producing and sound design for other alternative bands such as Dubzilla, Kill Kenny and Unknown. For a good decade, he has been wandering the club waters under the pseudonym Shekuza, where he explores modern electronic music with a focus on dark club techno. 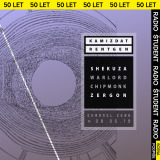 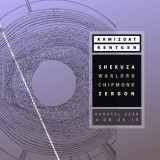