29.03.2014
A workshop by performer and author of traditional folk songs Svetlana Spajić, Serbian artist, who recently performed in the work by the famous theatre director Robert Wilson, an homage to Marina Abramović.

Svetlana Spajić will present ancient folk songs she learned while studying with some of the masters of this traditional art practice. The participants will have the opportunity to experiment with singing some of the most ancient traditional singing forms, such as ''na glas'', ''ganga'', ''kolanje'' and learn about old traditional singing techniques such as "potresanje", "orzenje" etc. Instead of using words like: tone, note, melody, intonation, much more attention will be paid to the ability to focus, projections of sound, and to listening and hearing, both individually and within the group. Because Svetlana would say that tradition is also a field of immense freedom and it is wonderful to hear singers, who carry this freedom within them.

Since 1993 Svetlana Spajić has been performing and teaching traditional Serbian and Balkan songs, visiting and living in villages in rural areas, and learning the oral tradition and culture among village singers. Her main field of interest are ancient, orally transmitted vocal traditions of Serbian and Balkan non-tempered a capella singing and its unique vocal techniques and ornamentation, language, function, and meaning. She learned from the best village local singers and sang with some of the most famous traditional singers of the world such as Hronis Aidonidis, Domna Samiou, Yanka Rupkina, Bokan Stankovic. In the meantime she collaborated with artist Marina Abramović, Robert Wilson, Antony Hegarty, William Basinski, Sainkho Namtchylak, Boris Kovac, Stella Chiweshe, Balkan Beat Box... Svetlana Spajić performed and lectured in Concertgebouw -Amsterdam, Wiener Konzerthaus, MoMA - New York, MOCA (Los Angeles), Teatro Real (Madrid), Jad Vashem Institut (Jerusalem), Grotowski Institute - Wroclaw, Warsaw Radio, WOMAD - Radio BBC3 stage, WOMEX 2010…Since 2010 she collaborates with theatre director Robert Wilson in his visionary opera "The Life and Death of Marina Abramovic" as a composer, lyricist and a performer. Last year she started collaborating with ARIA, the academy for Early and Baroque music from Nantes.

We kindly ask you to send us your motivation letter, short biography and your contact information (e-mail, mobile phone number) by the 15th of March 2014. More information is available at barbara.hribar@gmail.com 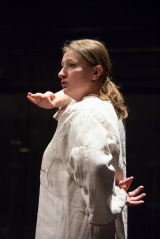 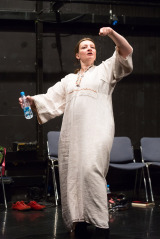 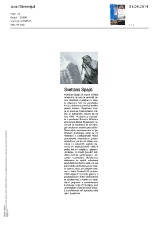