The workshop is aimed at students from various university departments, as well as professional level performance artists, actors, dancers, writers, musicians and spoken word poets, videographers, designers, visual artists and theorists interested in the use of the human body as part of your work.
Guillermo Gómez-Pena, Violeta Luna and Erica Mott will share with the workshop participants their eclectic performance techniques, challenging them to develop hybrid personas, images and ritual structures based on their own complex identities, personal aesthetics, and political concerns.

The process is highly intense, rigorous and also a lot of fun. At the workshop, the artists meet, jam together, play wild performance games and engage in critical discussions about the pertinence of performance art. The workshop may culminate in a full-scale performance open to the public or an open performance salon for invited guests.

But it is important that the participants understand that the pedagogical process of working together and creating collectively is the primary objective.
Members of most various communities are invited to apply for the workshop participation. Our goal is to gather the most interesting, interdisciplinary and culturally eclectic group possible.

The selection will be made according to multiple criteria including, your stated desire to experiment and collaborate, the nature of the support material, the content of recommendation letters and the level of aesthetic and conceptual kinship with work of La Pocha Nostra.

During the time of workshop two parallel processes take place: For 5-8 hours a day, participants are exposed to La Pocha’s performance methodology, an eclectic combination of exercises sampled from various traditions (experimental theatre and dance, Suzuki, ritual performance, shamanism, etc). Parallel to this hands-on process, the group theoretically analyses the creative process, the issues address by the work, its aesthetic currency, cultural impact and political pertinence.

If conditions allow, at the end of the process there can be a public performance open to the local community.

The objectives of this educational project are:
• To feed / stretch emerging artists and inquisitive students, helping them to sharpen and develop their performance and analytical skills in dialogue with like-minded cultural radicals.
• To create temporary communities of rebel artists from different disciplines, ages, ethnic backgrounds, gender persuasions, and nationalities, in which difference and experimentation are not only accepted but encouraged.
• To develop new models for relationships between artists and communities, mentor and apprentice, which are neither colonial nor condescending.
• To find new modes of relating laterally to the ‘other' in a less-mediated way, bypassing the myriad borders imposed by our professional institutions, our religious and political beliefs, and pop-cultural affiliations. To experience this, even if only for the duration of the workshop, can have a profound impact in the participant’s future practice.
• To discover new ways of relating to our own bodies. By decolonizing and then re-politicizing our bodies, they can become sites for activism and embodied theory; for memory and reinvention; for pleasure and penance.
• To raise crucial questions: Why do we do what we do? Which borders do we wish to cross and why? Which are the hardest borders to cross both in the workshop and in our personal lives? How do we define our multiple communities, and why do we belong to them? What is the relationship between performance, activism, pedagogy and our everyday lives? What about the relationship between the physical body and the social body?
• To seek a new hybrid and interdisciplinary aesthetic, reflective of the spirit and tribulations of our times, and of the concerns of each participant.
• To empower participants as individuals to become civic-minded artists.
• To make performance art pertinent to a new generation of potential activist-artists. They may eventually have to save us from the very monsters and pitfalls that we, their arrogant forefathers, have either created or allowed to happen.

La Pocha Nostra is an interdisciplinary arts organization based in San Francisco with branches in Central and South America, Europe, Asia and the South Pacific. La Pocha Nostra was founded in 1993 by Guillermo-Gomez-Pena, Roberto Sifuentes and Nola Mariano in Los Angeles. The goal was to formalize conceptually Gomez-Pena's collaborations with other performance artists. Core members of La Pocha include Guillermo Gomez-Pena, Roberto Sifuentes, Violeta Luna, Michelle Ceballos, Dani d’Emilia, Erica Mott and over 30 associates worldwide. Our projects range from performance solos and duets to large scale multi-sensory performance installations involving photo, video, sound and projection. If there is a common denominator, it is our desire to cross and erase dangerous borders including those between art and politics, art practice and theory, artist and spectator - ultimately to dissolve borders and myths of purity whether they be specific to culture, ethnicity, gender or language.

Guillermo Gómez-Pena is a performance artist, writer, activist and radical pedagogue and the director of the performance troupe La Pocha Nostra. He was born in Mexico City and came to the US in 1978. His performance work and 8 books have contributed to the debates on cultural diversity, border culture and US-Mexico relations. His art work has been presented at over seven hundred venues across the US, Canada, Latin America, Europe, Russia, south Africa and Australia. A MacArthur Fellow and American Book Award winner, he is a regular contributor to National Public Radio, a writer for newspapers and magazines in the US, Mexico, and Europe and a contributing editor to The Drama Review (NYU-MIT).

Violeta Luna obtained her graduate degree in Acting from the Centro Universitario de Teatro in Mexico City. She has performed under the direction of relevant Mexican artists. In 1995 she founded Grande y Pequeno ("Big and Small") an all-women theatre company that focuses on developing original works and experimental stagings of classical theatre. Violeta has toured her work extensively throughout Mexico, as well as the rest of Latin America, USA and Europe. She works in community centered projects in Mexico, and with incarcerated and recently arrived immigrant women in San Francisco. Since 1998 she is an associate artist of La Pocha Nostra, a San Francisco-based interdisciplinary performance collective under the direction of Guillermo Gomez Pena. In San Francisco, she is also the associate director of El Teatro Jornalero!, a theatre company that brings the voice of Latin American immigrant workers to the stage, and member of the performance collective Secos & Mojados. Her current work explores the relationship between theatre, performance and community engagement.

You are kindly asked to send us not later than by October 3rd 2011 a statement of purpose, a brief biography, contact info (email and telephone number) and a sample of your work to contact@cityofwomen.org. Participation is limited in number and free of charge. An application is mandatory. Due to a limited participation we reserve the right to selection of the workshop participants. All applicants will be informed on the selection results selection by email until Friday, October 7th. For additional information please contact +386 (0)40 816 448 (Barbara Hribar). 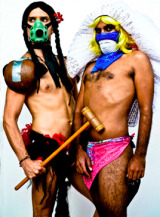 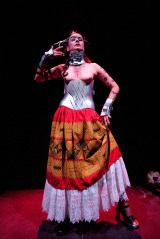 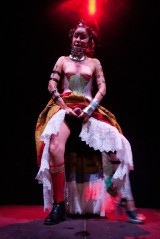 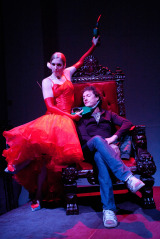 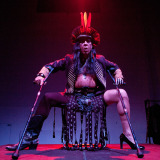 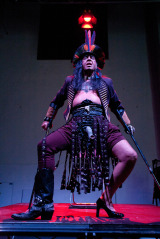 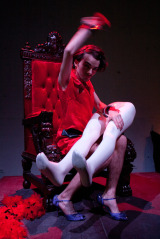 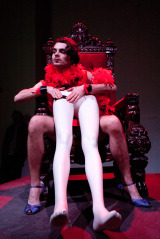 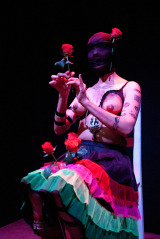 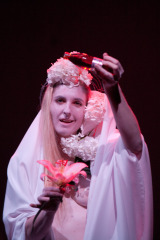 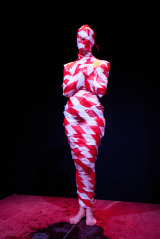 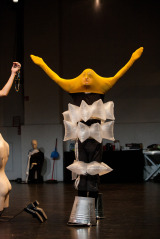