27.03.2014
A workshop by one of the most renowned sevdah singers of younger generation Damir Imamović (Sarajevo, BA).

The most significant trait of sevdah’s musical tradition is the so called 'melisma'* or decorating with ornaments. Actually, decorating a melody with all kinds of 'ornaments' is so fundamental to sevdah that it became much more than just 'decorating' - this method became the essence of the melody. What is the reason for it, how can we approach studying and researching sevdah, what kind of styles (personal and others) we encounter watching sevdah singers, all this and more – is the subject of the workshop, led by Damir Imamović.

*melisma (from Greek: the singing quality in something), a melodical ornament in music, based on vocal(s); the singing of a single syllable of text while moving between several different notes in succession; 'melismatic' singing was popular in Gregorian Chants (Aleluja) from the Middle Ages, troubadour songs and especially in the Orthodox liturgy.

Damir Imamović (1978) is the new voice of Bosnian traditional music known as “sevdah” and one of the most successful musicians of his generation. His efforts to re-establish the artistic status of traditional Bosnian folk music gained him both domestic and international attention and the opportunity to perform all over the world. Next to recording several CDs with his group Trio and Solo, he participated in  musical projects with other celebrated fellow musicians like Vlatko Stefanovski, Bojan Zulfikarpašić, Eric Vloeimans, Bachar Khalife, Tamara Obrovac, Jadranka Stojaković, and performed in venues such as Cemal Resit Rey (Istanbul, TR), Pompidou Centre (Paris, FR), Kennedy Centre (Washington DC, US), Kolarac (Belgrade, RS), Concertgebouw (Amsterdam, NL), etc. His research of sevdah music, its traditions and performance, distinguish Imamović as a prominent figure among experts in this ancient Bosnian craft. Building on this heritage, Imamović developed a distinct personal style of both singing and guitar playing. He regularly gives workshops and lectures with his own travelling laboratory of sevdah music: the “SevdahLab” and previous sessions included Sarajevo (Mediacentar), Belgrade (Centre for cultural decontamination), Zagreb (Booksa), Chicago (Loyola University and The Old Town School of Folk music), Amsterdam (De Balie), etc.

We kindly ask you to send us your motivation letter, short biography and your contact information (e-mail, mobile phone number) by the 15th of March 2014. More information is available at barbara.hribar@gmail.com

Financially supported by: European Cultural Foundation, Ministry of Culture of Republic of Slovenia, The Municipality of the City of Ljubljana 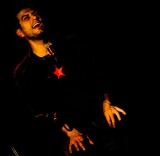